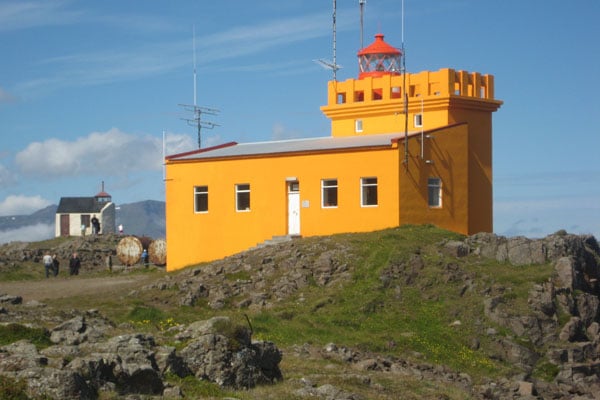 The way to Dalatangi takes one along a rough and narrow trail along the northern coast of Mjóifjörður. A spectacular symphony awaits the traveler at the edge of the high and rugged shore. Waterfalls, steep cliffs with the roaring ocean below are not cut out for those suffering from vertigo. At the end of the road, as far eastward as possible, awaits the farm and the lighthouses. The newcomer is seized with an insular impression, all while contemplating the spectacular view of Loðmundarfjörður and Seyðisfjörður, at times extending as far as Glettingur mountain in the far north.