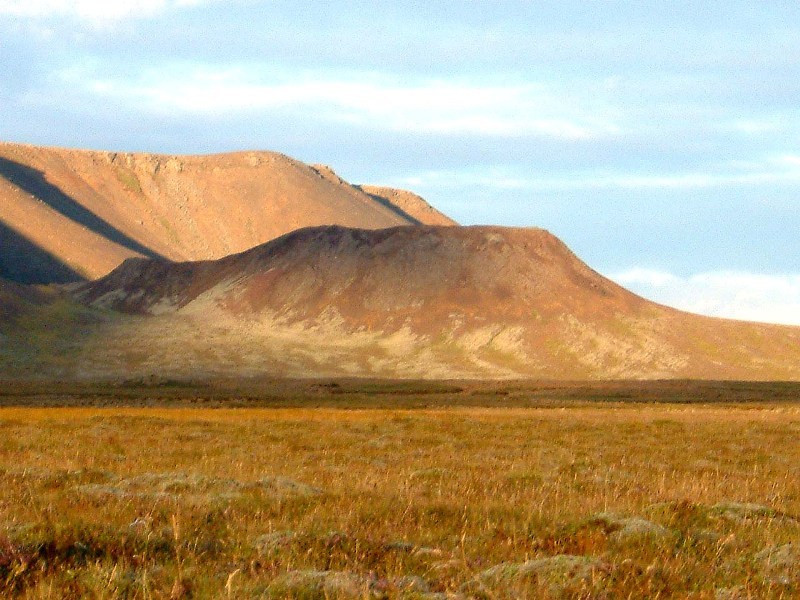 Eldborg is by far the highest of five craters lying along a volcanic fissure in the slopes of Geitafell, and is often called Big Eldborg. It is steep and made of scoria and spatter. A prominent lava channel branches off to the east. It is possible to hike up to Eldborg, which is by many considered the most beautiful crater in the Reykjanes.