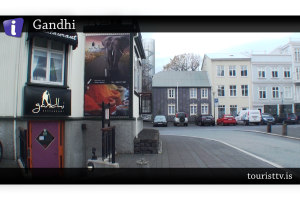 With fresh Icelandic ingredients and spices personally imported from India, the results are simply fabulous. Gandhi is the first South Indian restaurant in Iceland and its head chefs, Sam Haridas and Rajesh Paul both come from Kerala state in the southwest of India.

Kerala is blessed with a long coastline and the state is streaked with rivers and streams. Fish and other seafood are therefore common in Kerala’s cuisine, which is also known for its extensive and innovative use of spice. Food in Kerala is vivid and spicy; known for its black pepper, mango, cinnamon, cloves, ginger, tamarind, cardamom and turmeric. Rice and coconuts are the most common accompaniments.