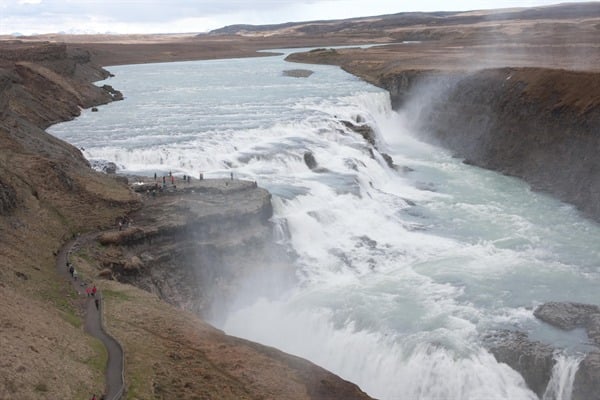 Gullfoss is actually two separate waterfalls, the upper one has a drop of 11 metres and the lower one 21 metres. The rock of the river bed was formed during an interglacial period.