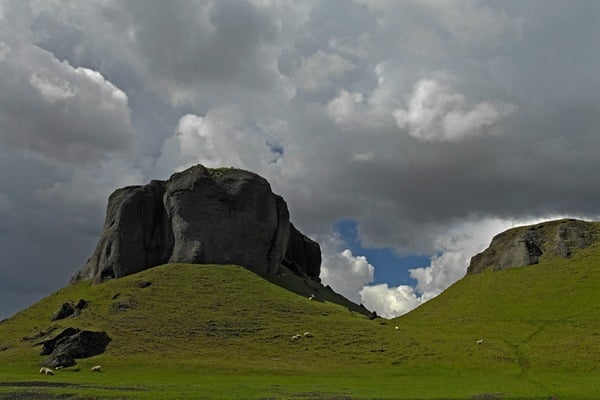 In 1186 a nun monastery was established in Kirkjubær. It was later called Kirkjubæjarklaustur and the name Systrastapi is connected to this time, “SistersCliff”. Folklore says that on top of it, two nuns of the monastery were buried after being burned at the stake for violating codes of ethics. One is supposed to have sold herself to the devil, the other spoke blasphemously of the pope. Later one of the nuns was regarded as innocent, and beautiful flowers grew on her grave, while the other grave remained barren.